We've helped spot the first new tigers in Western Thailand in four years. We're monitoring this important population which is only second known breeding population of Indochinese tigers in the world. Our landmark footage shows new tigers strolling through the forest and even captures one on video, tigers curious enough to come and check the funny-looking camera out for themselves!

We've been working collaboratively in the area for 10 years, with Panthera and Thailand’s Department of National Parks, Wildlife and Plant Conservation (DNP). Together, we are keeping a close eye on these curious new felines to track what they will do next, protect them from poachers and monitor any newly established tiger territory.

Chief of the Wildlife Research Division for DNP, Dr. Saksit Simcharoen stated, “These sightings are extremely encouraging for the future of tigers in our country and beyond. Our rangers and partners at Panthera and ZSL are keenly monitoring the region to determine if these individuals establish territories, ultimately helping to achieve Thailand’s goal of increasing tiger populations by 50% by 2022.” 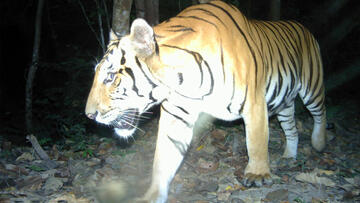 Dr. Simcharoen continued, “These tigers are in a precarious situation. Sustained and stronger protection of this area from poaching activity of any kind is the key to ensuring these individuals live on, helping Thailand’s tigers to rebound.”

Tiger densities from the current study area are currently so low they cannot be estimated reliably, highlighting the fragility of the population and the significance of the latest tiger sightings."

Panthera Chief Scientist and Tiger Program Director, Dr. John Goodrich, stated, “In a sea of news casting doubt on the future of our planet’s wildlife, this development is a welcome sign of hope and potential turning of the tide for the Endangered tiger in Thailand.”

How a tailor can protect tigers 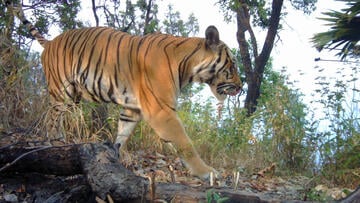 Goodrich continued, “These tigers’ repeated detections in new areas suggests suitable habitat and prey exists for this small but significant population. All to say that our collaborative conservation efforts are paying off at a time when the species needs it the most.”

Panthera, the global wild cat conservation organization, in partnership with DNP and ZSL, has supported conservation efforts through its Tigers Forever program in western Thailand over the past decade, aiding tiger population growth and dispersal in the rich forests of western Thailand.

Along with tiger and prey population monitoring, Panthera’s conservation efforts in the landscape include antipoaching ranger trainings, support of the DNP in wildlife crime investigations and use of Panthera PoacherCams - the world’s first camera to automatically distinguish between people and animals and alert law enforcement of poacher presence in real-time.

Although other regions of Asia and the world are seeing spikes in wildlife poaching as a result of decreased patrolling due to unprecedented lockdowns, the DNP is continuing and strengthening patrols with safety modifications amidst the global COVID-19 lockdown. 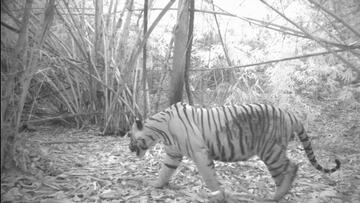 Once ranging across much of Asia, tigers have been extirpated from southern China, Cambodia, Lao PDR, Vietnam and much of Myanmar. Poaching for the illegal wildlife trade stands as the gravest threat to the survival of the tiger, whose numbers in the wild have dwindled from 100,000 a century ago to 3,900 today.

Two years from the 2022 target set by world leaders to double global tiger numbers under the Global Tiger Recovery Programme, tigers are faring better in some states, including India and Nepal, but are collapsing in many other sites, with little chance at best of doubling rangewide.

Since 2013, we have been helping the Government to monitor wildlife, strengthen law enforcement, and engage communities to mitigate human-wildlife conflict. 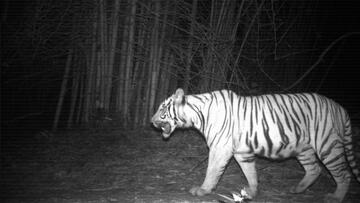 Dr. Eileen Larney, ZSL's Chief Technical Advisor in Thailand, stated, “We captured this footage from camera traps as part of our wild elephant surveys. In more than 20 years of fieldwork, it’s some of the best I’ve seen. To witness apex predators, like tigers, returning to forests means the ecosystem is recovering, which is good for all wildlife. The situation for tigers worldwide remains precarious, but successes like this show that through our work with communities and governments, we can see populations start to recover.”

Be there for nature

Join us on our journey across the world fighting for the natural world, from monitoring Indochinese tigers in Thailand, helping double Bengal tigers in Nepal and successfully breeding Sumatran tigers at London Zoo. Sign up for email updates to get the latest conservation updates from across the globe.