A landmark report by ZSL shows how increased urban rewilding efforts could boost wildlife and buffer city dwellers from the worst impacts of climate change.

Large-scale nature recovery in urban areas could protect humanity against the worsening impacts of climate change, such as flooding and heatwaves, while helping to restore biodiversity says new report published by international conservation charity ZSL (Zoological Society of London).

ZSL’s Rewilding our Cities report (published today, Thursday 22 September 2022), not only lays out the benefits of rewilding urban areas but shows how it can be done at scale.

The report says spaces like private gardens, green spaces owned by councils, businesses and religious groups and public spaces such as parks, urban waterways, estuaries and wetlands, as well as less obvious areas such as railways, are key locations where rewilding could be implemented at a scale big enough to make a difference. 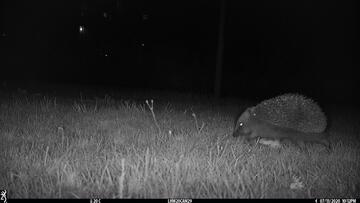 Lead author and climate and biodiversity expert at ZSL’s Institute of Zoology, Dr Nathalie Pettorelli said: “Wildfires, floods and heatwaves across the world have brought the climate crisis to the fore for many people this year. The interconnection of the climate crisis with the loss of nature is thankfully now widely recognised and rewilding is an approach being increasingly embraced.

“However, the large-scale rewilding of urban spaces including creating nature corridors and wild spaces around city infrastructure is something that has so far been relatively overlooked as part of the solution.

“This is the first report of its kind to lay out a roadmap for rewilding our cities and we believe this is a high-impact solution to jointly address the climate and biodiversity loss crises in a low cost, ‘hands off’ way.

Rewilding needs to be considered as a serious option

The report calls for decision makers in UK cities to urgently look at rewilding projects as a serious option to help tackle future environmental challenges, with examples in Singapore and Germany demonstrating how quickly rewilded areas have a positive impact. However, scientists behind the report urge city planners to implement them with care and consideration.

The adoption of urban rewilding must be delivered with professional advice and support to avoid the accidental spread of invasive species; risks of disease transmission; increased human-wildlife conflicts, divestment from existing conservation sites and reinforcement of social inequalities such as green spaces only being accessible to the affluent.

Dr Pettorelli continued: “Giving nature freer rein across our cities could not only help to buffer them against extreme climatic events such as storms, floods and heat waves by helping to cool them down and create natural flood defences but also help boost urban wildlife via habitat creation.

“However, large-scale rewilding should be done with expert guidance as ultimately, well-meaning but misguided efforts could actually lead to further biodiversity loss and increased threats to public health through invasive species, disease transmission from wildlife as well as further exacerbating social inequalities.”

The idea of reintroducing certain species to urban spaces is also explored within the report. For example, the Eurasian Beaver has been introduced to some waterways near London and is being closely monitored by reintroduction specialists including those from ZSL. It stresses that disease risk assessments are essential to ensure that new homes are safe for translocated species, and that the new species themselves won’t bring risk to existing habitats and wildlife. ZSL’s Disease Risk Analysis and Health Surveillance (DRAHS) team are involved in such type of work across various regions of the UK. 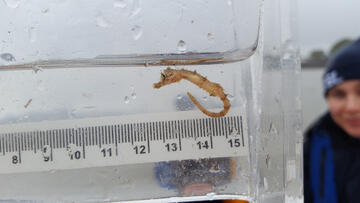 Dr Pettorelli concluded: “For the rewilding of urban spaces to work, we need the buy-in and support of policy makers, funders, conservation scientists and of course, local communities. There’s so much that the everyday person can do to support a positive change. For example, by leaving part of your garden wild, and avoiding artificial turf and pesticides we can all do our bit to secure a future where wildlife and people thrive.”