Ambitious restoration project has kicked off

Help us create a safer world for people and for wildlife

4,000 native oysters are being returned to UK waters as part of an ambitious restoration project, which for the first time is spanning coastal regions across England, Scotland and Wales. The Wild Oysters Project, a partnership between ZSL (Zoological Society of London), Blue Marine Foundation (BLUE) and British Marine aims to help restore healthy, resilient coastal waters around the UK by bringing back these ‘ocean superheroes’ from the brink of extinction. 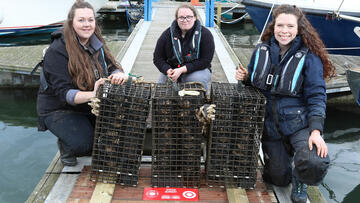 A future generation of 'ocean superheroes'

Earning themselves the title ‘ocean superheroes’, native oysters (Ostrea edulis) provide huge benefits to our coastal waters by helping to clean our seas and acting as an important habitat for marine wildlife. Declining by 95% due to human activities, native oyster populations have continued to decrease since the 1800s, meaning their benefits to the ocean have been lost.

The first mature native oysters have now been housed in nurseries, a micro habitat acting as a maternity ward to the next generation of oysters, suspended underneath marina pontoons in the North East of England. These oysters will begin reproducing over the next few months, releasing millions of baby oysters, known as larvae, into the ocean. This is the first step in the project’s aim to restore native oysters, increasing wild populations around the British coast and see the return of healthy coastal waters.

“These oysters will produce the next generation of the oyster population, by releasing larvae which will settle onto the seabed,” explained Celine Gamble, Wild Oysters Project Manager, ZSL.

“Despite their small size oysters are capable of filtering 200 litres of water a day, the oysters will almost immediately begin their important work helping to create cleaner water and increase marine biodiversity in the UK.”

The project, which spans the UK, has begun by installing 47 nurseries with 1,300 native oysters underneath marina pontoons in Sunderland Marina and Port of Blyth, North East of England. Partnering with Groundwork North East and Cumbria, along with the Environment Agency North East, local Project Officers will help to care for the newly placed oysters. 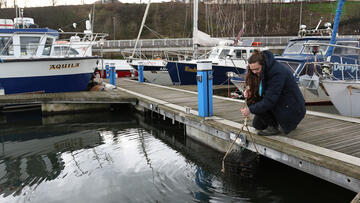 Working together is key

As part of an innovative partnership, bringing together marine conservationists, local communities and the marine industry, The Wild Oysters project will install a total of 4,000 oysters inside nurseries across six marinas and ports in the UK.

British Marine Environment Executive, James Scott-Anderson, said; “British marinas are enabling the recovery of one of our most threatened species. It is essential that we allow nature the space to recover and grow once again. Using marinas to house oyster nurseries is an innovative use of the space we have available”.

The nurseries will act as an outdoor classroom for local schools and communities, providing a “window” into the ocean to inspire the next generation to protect and care for the marine environment. 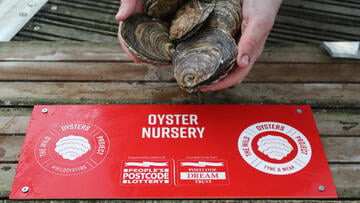 Laura Chow, Head of Charities at People’s Postcode Lottery, said: “The release of the project’s first native oysters into the sea is a huge milestone, all possible thanks to the support of players of People’s Postcode Lottery. Oysters are an important part of our ecosystem and the Wild Oysters project will not only support our oceans but help educate and share the importance of these ocean superheroes with thousands of volunteers, school and university students, and local community groups.”

Wild Oysters will be deploying more native oysters around Britain throughout 2021.

More information on the project

JOIN THE FIGHT TO SAVE OUR LIVING WORLD AT ZSL

Climate change and human activity have pushed our precious planet to its limit, causing the devastating loss of so many habitats and species. From lab to field, hands-on and behind the scenes, we’re leading the future of conservation, shaping agendas and influencing change to support better life, health and living for people and wildlife.