New technological tools have a key role to play in protecting species and ecosystems.

Spider specialist Sergio Henriques discusses the important innovations impacting conservation on the ground and the vital role that zoos can play.

Minute technology has long been a staple of spy movies and futuristic scenarios, but only recently has miniaturisation really become the norm in the technology we use every day, from the smartphones in our pocket to the watches on our wrist. However, while we have grown accustomed to ever smaller, smarter and cheaper cell phones and other tech, the way we monitor wildlife has not benefited from the same level of development and miniaturisation. 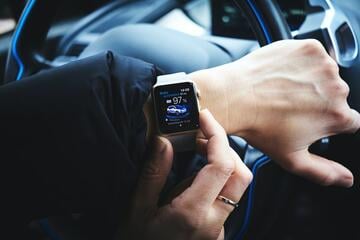 However, this year there has finally been a number of important innovations that are set to change all that, allowing us for the first time to steer a camera set on a living beetle and get live footage into a smartphone. This makes it a really practical tool for research, which can have significant impacts for conservation on the ground, not only for those trying to learn more about insects but also for those studying other small animals, such as birds, mammals or even spiders.

Mexican tarantulas have long been poached unsustainably for the pet trade (leading to their CITES listing in 1995).  A recent study made in collaboration with ZSL, also found they are threatened by habitat loss, mostly due to urban development and ever growing road density, which presents a deadly obstacle for wandering males looking for a partner, and likely are contributing factors to population fragmentation. Tracking males could give us new insights on how far they travel, for how long, and could help us enhance current infrastructure by testing ways to reduce road mortality. Furthermore, if we are able to monitor individuals for longer periods, we could test the efficacy of reintroducing these animals to the wild. Monitoring newly released animals would allow us to see if they stay in the area where they are introduced, or to test what methods and practices work best in ensuring the animals remain.  ZSL in collaboration with colleagues in Mexico and with the support of the Shuttleworth Foundation are now beginning to test some of the most promising new technologies to tackle these issues. 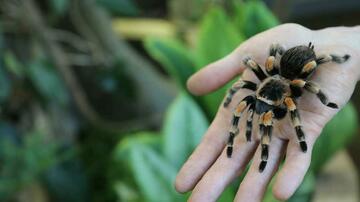 However, this can present huge challenges to tech devices, because some species live in rainforests and others live in some of the hottest deserts on earth, so it is vitally important to put these devices to the test before they are used. We need to ensure that the devices perform well under natural conditions and crucially, that they don't impact the animal’s behaviour because when it comes to tracking animals, size really matters.

A study on the behavioural impacts of these devices, made in collaboration with ZSL and published this month in Nature Scientific Reports, found that Manx shearwaters tracked with larger devices made longer feeding trips, but gained less mass. This highlights not only the potential impacts of these devices on the animals, but also questions how representative the data we are collecting is of the species' natural behaviour. The issues with monitoring the smaller and more diverse animals on earth (such as insects) are even less well understood, as a study published earlier this year in Methods in Ecology and Evolution found that the impact of tracking was quantified in only a small portion of the studies (12%), while in almost half of the research analysed (40%), the potential impact was not even mentioned. 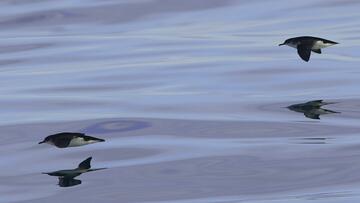 Zoos have been facing extraordinarily difficult challenges under the current pandemic, but their living collections present a unique opportunity for scientists to test new techniques, on a variety of environments, under a number of controlled scenarios, in a setting where we can easily monitor the animals’ actual behaviour and compare it to the data new devices collect. While ensuring the safety and wellbeing of the animals. Something scientists would really struggle to do as well anywhere else.

Zoos can open the door to our understanding of the most mysterious aspects of animals' lives, which is key to knowing what these animals do, why they do it, and importantly - what we can do to reduce our impact on the natural world and ensure their survival. We are at a crucial stage in the extinction crisis, where we can still prevent many of its impacts if we act now. New technological tools have a key role to play, and we need technology companies to step up, join this fight and help us not only slow down extinction, but reverse it.

You can find out more about the work of the Shuttleworth Foundation by watching this video, and you can also see who else has had their work supported here.

Learn more about monitoring and technology